That's great. Yeah, I'd love to buy that if it was available, especially a physical release.

Yeah. I always roll my eyes at people who say music isn't "real" if it's in a video game, especially when it's people who like it saying it. People crediting the game (or developer, or publisher) instead of the composer is also one of my pet peeves. Saw that comment and felt like making a quick doodle. 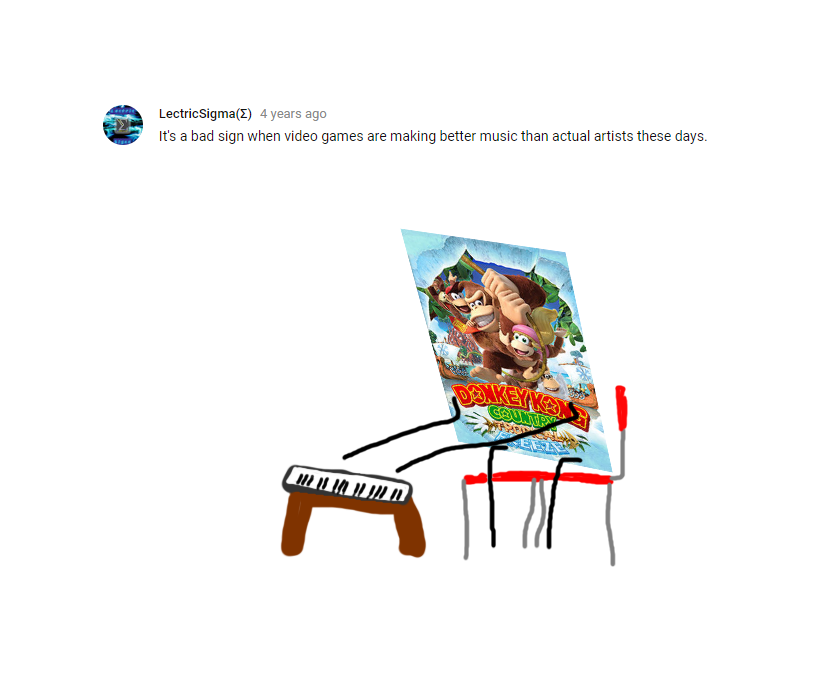 Woah. There's just something about dramatic orchestral music. Anyway here''s the exact opposite of that.

I have a Switch. Good machine. Haven't been able to play it lately though. It's been out long enough you might be able to luck into a cheap secondhand one.