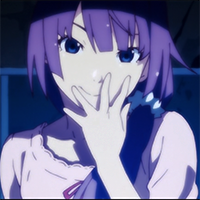 In Topic: Discord Server for us oldies

Just for future reference, the referral link always expires after something like 24 hours.

In Topic: [Anime] What did you watch today?

Aside from the slow pacing at the end of the anime and the DOLPHINS scene, I thought it was a faithful adaptation of the game's route. The route itself essentially dedicates the first half of the route to setting up the characters and the story, which makes it really slow and kind of dry. Most of the important battles and interesting scenes happen in rapid succession after the battle in the Church. As for why Saber took a back seat in this iteration of Fate stay/night, UBW is Rin's route whereas Fate is Saber's route. Saber is by far the most popular character in the Fate series and the anime did its best to push Saber (the baseball scene was cute), but Rin and the characters important to Rin's character rightfully received the screentime they needed in order to make sure Rin and Shirou were the main focus of the story.

With all of that being said, it doesn't excuse the fact that UBW has pacing issues and Shirou is a lovehead. The ufotable adaptation of UBW faithfully brought the scenes that define UBW to life in addition to the flaws that take away from the UBW route. I thought it was pretty good and I'm looking forward to watching ufotable's Heaven's Feel movies that are coming out soon.

In Topic: [Anime] What did you watch today?

tornado thighs. You know what I'm talking about.

In Topic: tales of zesty

There hasn't been a good Tales story since Tales of the Abyss and Tales of Symphonia. Or maybe they were good because I was still a fan of Naruto at that point.

I didn't think Vesperia's story is as good as everyone says it is. I think the best quality of Vesperia is the chemistry between all of the party members and the combat system. The story was pretty average and the ending was acceptable at best. Who decided that stabbing the sky with a feather was a good ending?