Everyone be talking about their "cancer UI," and I'm just over here, playing the game like this: 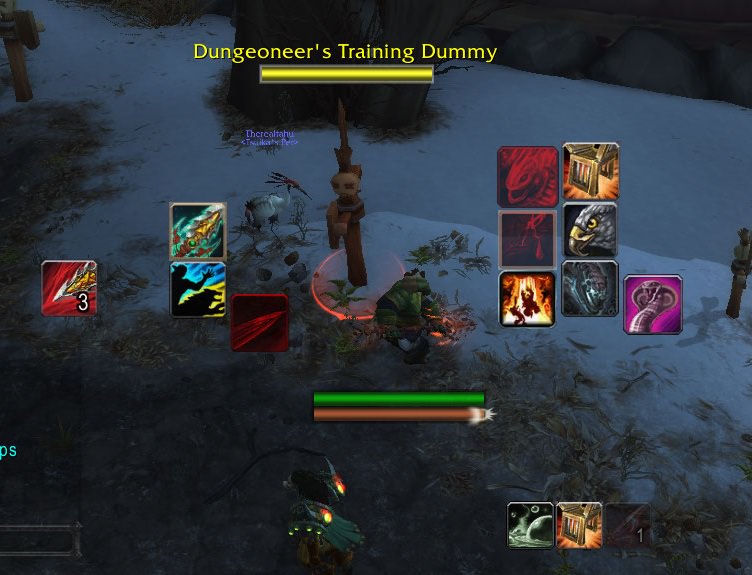 I enjoyed my friend's horror at the misaligned icons. Honestly, this gives me all the information I need to play my class, and that's all I care about. One may never know that I work on interfaces professionally...

Mercenary mode turned my transmog of tasteful culture into an abomination. 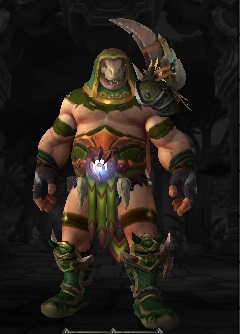 But in seriousness, it's a great time to cash in on bear druid PVP:

1) Protector of the Pack + Brambles + Galactic Guardian = money group-fight pressure $$$$$. Any damage redirected from allies to you reflects a small amount of thorns damage on the attacker. Sounds meagre? Yeah, it did to me, too. But 15 people wailing on each other accrues huge, if gradual, amounts of reflected damage. When engaged in a battle of attrition, you can near single-handedly run all the enemy healers out of mana. (I enjoyed this very thing happening today.)

2) Your big bear butt can handle an entire group of players hammering at you. Especially if they are melee. They are bear food.

3) Disorganized enemy players have no idea when to give up and will be hellbent on trying to kill you. People will stomp and beat on your beefy bear butt for minutes at a time. Now, that's a whole lot of enemies not assaulting other key points on the map. By the time they bring you down, if they bring you down, the battle has likely swung in your side's favour.

It's sure not fair, but battlegrounds aren't about fairness anyhow!

Back to Other Games