3 replies to this topic

This is pretty great. Might wanna use more darks, though: 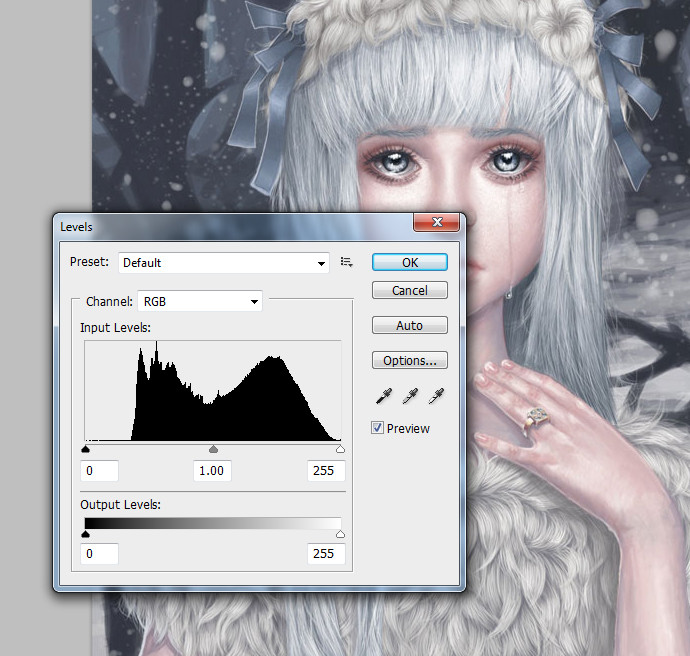 See that big gap on the left? It means it's time to SPREAD THE JOY!

But seriously, it'll make your stuff pop out more.

For those of you curious what the above actually does (which is to say, nobody), it stretches out the tonal range: 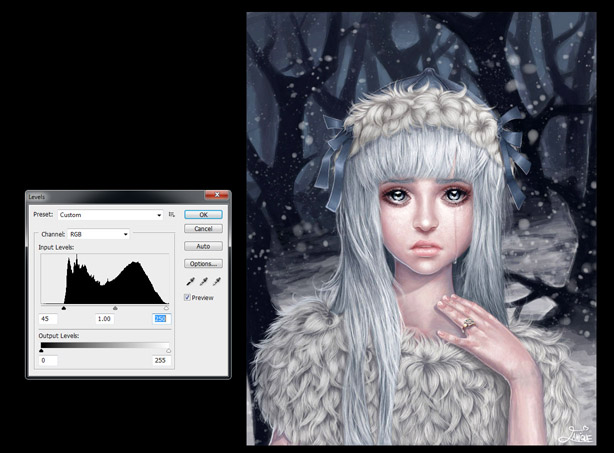 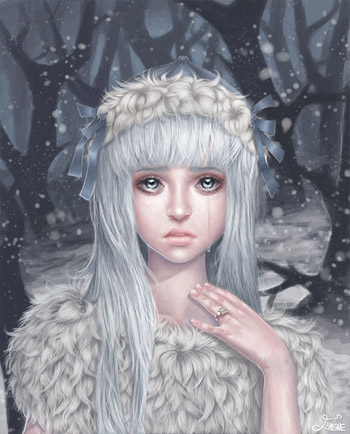 Why would you wanna consider this? It'll create more depth in your image, for starters. Like any other tool or technique, though, it's not to be used for the sake of itself.

Ah, but wait a sec, doing that puts a bunch of gaps in the chart: 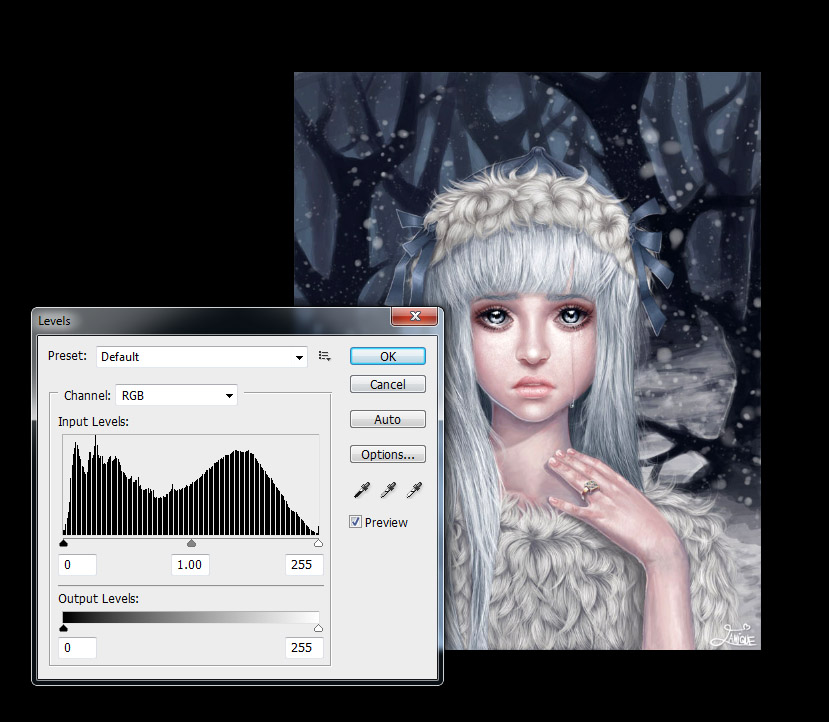 "Stretching" the tones like this results in areas where information is lost, but it's not too big of a deal as long as it's not noticeable in the picture.

When it is noticeable, though, well... 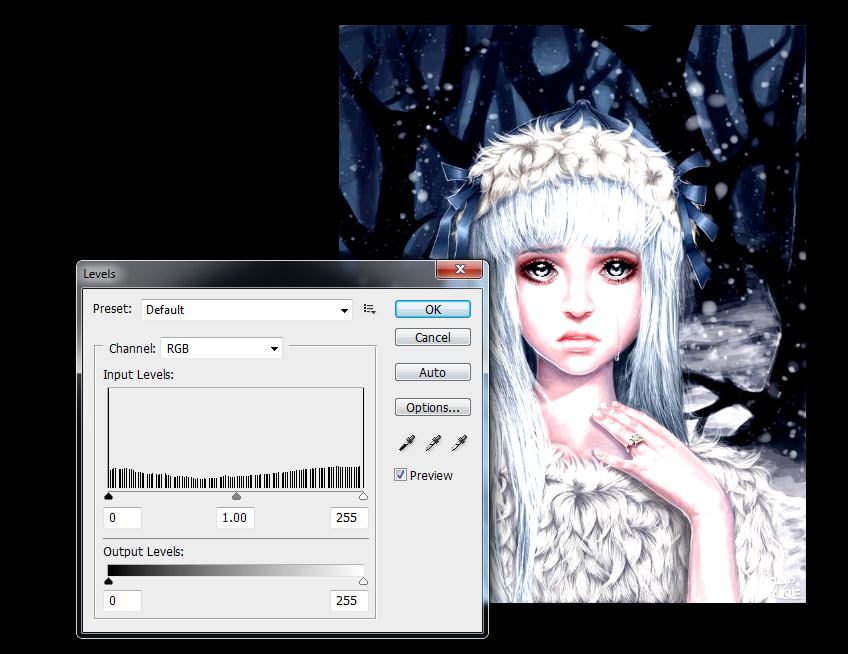 A heck lot of black and a heck lot of white here, not a heck lot much else. Flattens the tones right up. At least this is well on its way to becoming avatar/signature material, if you're into that sort of thing. 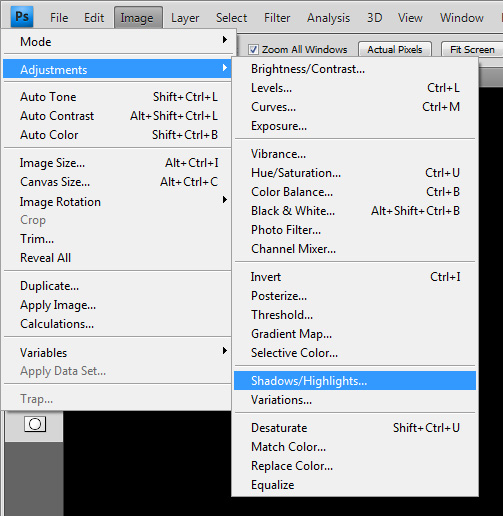 Check more options for more options. How do you know how much you need to increase shadow/highlights/midtone and so forth? Well, you've got eyes, right? Generally, what you're looking to change the most is midtones. 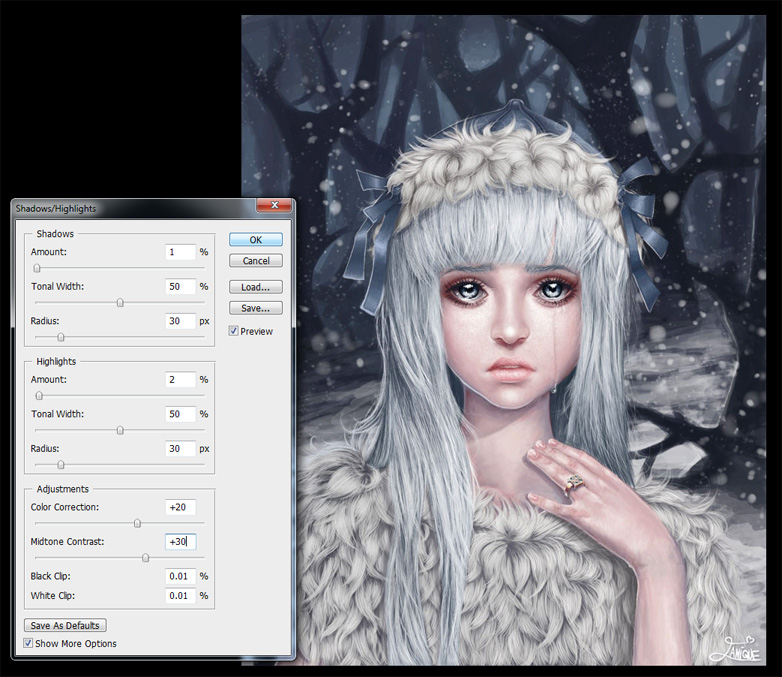 Still wanna drag the levels chart arrows closer afterward to bring out further contrast if you see some remaining gappy, like in here 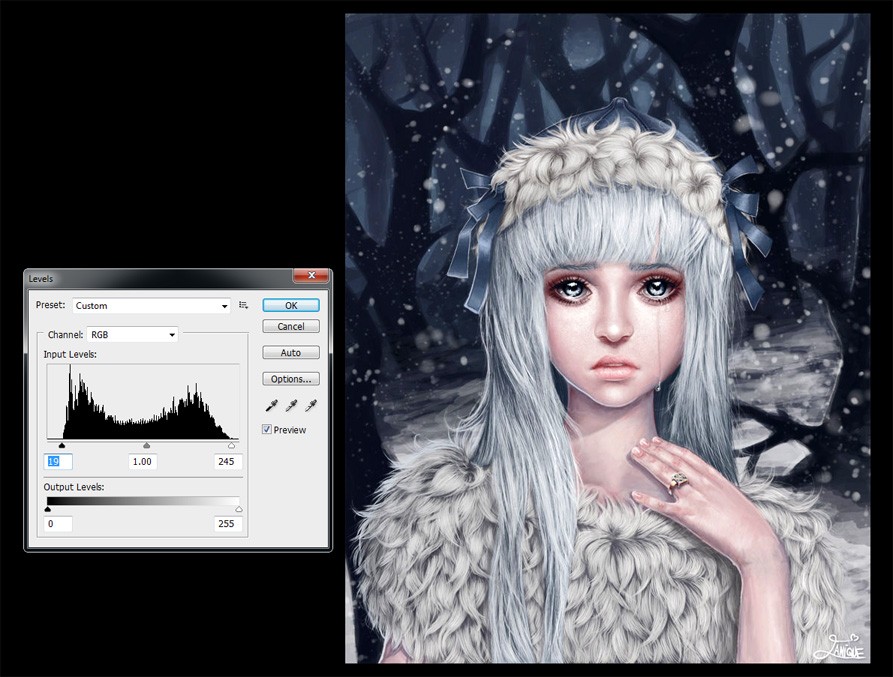 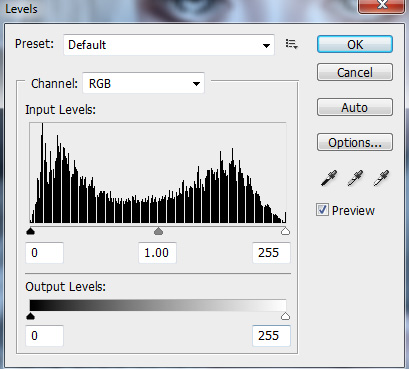 Back to Fan Art and Fan Fiction