Haha, the obvious blunder aside, that's actually a really high bar. Video game music has enjoyed some insane quality for decades. Even in the 80s and 90s, it wasn't just underproduced MIDI melodies. By that time, we already had the mindblowing Symphony Ys 88 album, whose audio quality astounds me to this day. Besides that example, orchestral arrangements for video game music have been going on for a very long time. It wouldn't happen if the source material wasn't at least very good, which it often was due to legends like Yuzo Koshiro, Yasunori Mitsuda, and Ryo Yonemitsu. All very "actual artists," and that was just a few of them.

Yeah. I always roll my eyes at people who say music isn't "real" if it's in a video game, especially when it's people who like it saying it. People crediting the game (or developer, or publisher) instead of the composer is also one of my pet peeves. Saw that comment and felt like making a quick doodle.

Yeah! Look out for "MapleStory Symphony in Budapest," they're all amazing. I put one up earlier, but here are a couple others:

Apparently, due to licensing issues, they haven't published any official albums (besides the Amazon MP3s that got pulled). Still keeping my eyes peeled. It has to happen someday...

That's great. Yeah, I'd love to buy that if it was available, especially a physical release.

Mindblown by the Xenogears 20th anniversary live concert. What we could've had in the game itself but for PS1 hardware (and probably budget) limitations!

And there's Yasunori Mitsuda on the keyboard/synthesizer.

That Flight/Wings rearrangement is perfect. Also happy to see Joanne Hogg performing. Did I mention I love all her Xeno songs?

Studio recordings please. I'm desperate. Especially after finding out that the "Revival" album wasn't what I thought it was--I had come thiiis | | close to buying it. >_< As it turns out, Revival is a collection of remastered PS1 MIDIs. Not really worth ~$70 in my opinion. Granted, it does sound a bit less like music coming from a box inside of a closet that is every PS1 soundtrack. But even if they push the MIDI lute to the front and whatnot... it's still a MIDI lute.

Hmm, that video got taken down. Wonder if it means Squenix wants to do an actual release. I'm ok with that bebe
I do not want the existing Xenogears Myth orchestral album. I do not want it repackaged, I do not want it in vinyl. Um, try listening to the Flight arrangement on that one, then compare it to the live concert:
Concert version https://youtu.be/xFh2pytm6BU?t=5973
Is it even a contest
The Myth arrangement is... bland and... empty... and... the staging/volume of the various instruments seems more or less random... Err. Like wth the sparkles are louder than the strings that are carrying the melody. The brass is shoved into the open despite its awkward, half-hearted notes. Somebody decided that that was what we needed to listen to, most of all. Wonder if its player had any fun with that phuah phwaat... phuah phwaat.
And I strongly disagree that 0:41 is an appropriate time for the background to drop away. The appropriate time is never. Probably my biggest grievance.
Well, the problem may be because Yasunori Mitsuda didn't actually arrange it.

Reposting SUPER JOHN BROTHERS' Singing Mountain for good measure. (I like to think of Playing the End of Time as "Falcom arranges Chrono Trigger"... sooorta--they had percussionist Toshiharu Okajima and violinist Mizuki Mizutani. Does that count?)

Nobody will ever know why the original didn't make it into the game. Well, mystery to me, seeing as it had one of the best melodies.

I really wanna see if their Time's Scar is available somewhere as a non-ear-blistering-video, but doesn't look like it. That flute tho :[][][] (went on to play in Wagakki Band who I also love).

Saying all this, I remind myself of this girl back in high school who kept saying "I luuuurve this song" to every song on the radio until somebody threatened to punch her

Oh, another village theme by Yasunori Mitsuda? Heyyy, I'm OK that "Arni Village," "My Village is Number One" and "Early Afternoon in the Village" (below) are pretty much interchangeable despite being from different games. They're all very pleasant listens.

In 100% unrelated news, I caved and bought a Switch for Smash. It's currently sitting under my desk doing nothing. Games are sure expensive these days, especially with all that Canadian tax up the bum.

Breaking the rules* with a Darling Classic:tm:

This reminds me that I bought a bootleg of the Trails in the Sky OVA in HK by accident. Darn did I love the episodes though lol. SC wasn't even localized yet beforehand and I spoiled myself silly, but I found SC even more enjoyable as a result.

Trails will always have a place in my heart

*Where you don't post "One-Winged Angel," "Battle for Everyone's Souls," "Frog's Theme," "To Zanarkand," and I believe Silver Will falls under that category.

I miss Ryo Yonemitsu. His percussion programming was legendary. Where you at man!?

Line by line, let's figure out who this song is about and when it's set:

Female voice: Mean's it's easier to say it's about Rita, Judith or Estelle
Reaching out for no man's land (could be about any of those three, set at any point in the game really)
...
I must be the light when you're in the dark (implies a desire and effort to be the light, shining knight protective half when the lost person is in a dark period. Okay, this freaking has to be from Rita's perspective now and it has to be after Estelle got captured and before she got saved. Flynn is an effortless goodie two-shoes (even if you were willing to entertain it being a female singer singing about a male character) and Judith never has to be saved in that kind of way.)
...

This has to be one of the stupidest things I've read all year. 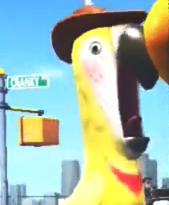 XENOGEARS 20TH ANNIVERSARY CONCERT - THE BEGINNING AND THE END - [BLU-RAY]

December, how can anybody wait that long!? Still hyped for the reworked audio though, because the stutters in the video stream aren't something anyone should get used to.

Unrelated, my dad got a pair of these bomb-ass speakers. Hells yiss, Balto sounded bomb on those things. We have two rooms full of speakers, lol

The release date for the Xenogears concert bluray changed to April 22! I was tripping all over myself to place an order, but saw that the Squenix store had the shipping at $49 USD with no apparent way to adjust it. Hohoho... cya. The asking price of $65 is already pretty steep, not to mention I could get a whole 'nother import for that shipping cost. I went to CD Japan instead. Yikes.

Importing video game music from Japan is usually expensive. All the CDs I've ordered were at least $50 + shipping, so I wasn't shocked about the bluray price, though the shipping was another thing entirely. The cheapest album I got so far, though it doesn't quite count, was Symphonic Fantasies Tokyo at $20. Great value that one. Remastered MIDIs at quadruple the price? Not so sure.

I was at my computer desk as usual while some vaguely-familiar-sounding music played downstairs. Then a concert hall recording of THIS ONE came up

Posting an actual Japanese VGM for once, heh.

From the god of JRPG BGM himself.


Better versions exist but I cannot locate them on Youtube.

I didn't know my parents were Koichi Sugiyama fans!

The Xenogears concert bluray came in the mail today. It was awesome!

- I could finally hear it without the audio stutter. Catharsis. Who needs drugs when you have Xenogears music.

- They fixed trumpet guy's mistake in Flight! I wonder if they re-recorded the entire section or pulled it from another concert performance. I don't know why I'm so stunned about this, seeing as it was an obvious move.

- They remastered the audio! Now it sounds really well-adjusted and clean for a concert recording. Previously, in "Blazing Knights," the electric guitar was super loud at this one part (you'll know what I'm talking about if you've heard the stream; the guitar even quiets down drastically as if to say 'oops', lol). Now it sounds even with the rest of the performance. Other instruments also received a lift, revealing some melodies that I wasn't aware of before. Pleasant surprise. I think the percussion is still overwhelming sometimes, though, especially versus strings and Joanne Hogg's voice.

Joanne Hogg, I love Joanne Hogg lol. I said that before didn't I? Her and her oh so twee but so lovable lyrics.

Quick, check it out before it goes down again!

Some really cool instruments in the music this expansion. I dunno about all the hate BFA is getting, dungeon and raid content feel relatively the same. Some classes could use a couple more abilities but yeah.

Kokia has an angelic voice. This is one of my favourites from her.

I tried to post this before and MT timed out.

Youtube algos gave me these guys called ABSOLUTE CASTAWAY (Nakae Mitsuki, Haruka Shimotsuki, and other amazing friends). Now I want to buy aaaaaall their CDs. Except for some baffling reason, the CD sales are mainly through a convention in Japan I will never go to. I spotted a few of their CDs on Amazon.jp... but I'm too lazy to shop for them myself.

I mean listen to this, then this and this, and tell me you don't wanna buy ALL their CDs too.