12 replies to this topic

Circus PQ is a PQ with a difference. It is more like PvP or RTS than anything else in maplestory. You dont use pots, you pick them up and they are instantly used. There are big pots which affect the whole PT, and small, normal ones just for you. It is a mix of tactics and brute force, which blends excellently if you have a brain.

To start off with, decide how many people you want to PQ with. minimum of 2, maximum of 6. The best number is 3 or 4, with 2 Warriors/Melee attackers, 1 Sin/Archer and a wizard/cleric.

After, you will see lots of people shouting '４ｖ４募集' The 4 stands for how many people, and the 募集 means they are looking for it. So they are looking for a 4 against 4 circus PQ. So, if you happen to have 4 people, engage in conversation and arrange a ch.. (In GMS, people use J> PQ and then state the type of PQ (4vs4, etc).)

There are a total of 6 maps, each with different characteristics. Map 1 is a flat map, with small ledges where the Pillars (more about this later) go. Map 2 is the same, Map 3 is the same as map 4, map 4 is a good one, but is more about raw power than tactics. It has monsters spawn on the bottom, and it has lots of platforms where Pillars can construct. Map 5 and Map 6 are the same as each other. They are big maps with lots of monsters, and are good for 4-6 PT's.

Now you will see your screen

It pretty much explains itself.

Unlike most PQ's in maple, where you want the highest levels, me (level 40 Fighter), inny(level 47 xbow) and chris(level 44(?) i/l mage) happily fended off PT's with one or 2 levle 50's simply by working together. An all english PT helps too much to describe.

This is the closest maple will come to RTS, imo.

In most games i have seen and played in, the most common way to win successfully, and recommended by Chris, is to start the game and power through, ranking up as much CP as possible in the first 30 or so seconds. After this, or as soon as you have 16 CP, click the 3rd tab and activate the Monster Effect which looks like Avoidability in your status window. This will construct a Pillar in the opponents half, or in maps 1-4, on any of the platforms. This Pillar, as long as it stays standing, will make every monster the opponent can only attack, have really high avoidability. In other words, only Archers will be able to hit them or screwed up high dex people. After you have done this, start rapidly spawning monsters from the 1st tab. This just makes it chaotic for the other team.

While this is happening, the best way to ultimately confuse the enemy team is to spawn lots of (semi)useless Pillars. This makes it hard for them to target the specific one, and leads to more time for you to kill while they arent.

The 2nd tab is pretty useless, it affects one person on the other team, and all of them can instantly be worn off with a all-heal which are incredibly common in there.

Once you have started making serious CP, try saving up 35 Points. This allows you to use the Monster Effect that makes them like Goby houses or Bone fish. Invulnerable to Physical or magical attacks. It is useful scouting out the big hitters in your opponents PT, so you can pinpoint which to go for, physical or magical.

If you manage to work together as a team efficiently, you can end up not letting the opponent not have a Invulnerable or Avoid effect on their monsters the entire round. Its embarassing when you lag behind by 100-200 points.

Bountact (see wut i did thar)

Depending on the party size (i'll use 4 for an example), you want to split the CP usage between everyone; for what i usually do, 2 people try to max summoning master chrono's, 1 casts debuff's on the whole party(i'll explain why later), and last you'd want one person to construct buff towers (3rd tab).

So, some of you might notice that, all monsters mainly spawn on the ground or bottom, and the towers get constructed on the top somewhere. first part of the plan, you want to get the 2 people to summon master chrono's ASAP. 2nd, you'll need to co-ordinate with your tower constructer and debuff'er; tower constructer builds a avoid and speed tower really quick, then right after that you'd want the debuff'er to cast weakness (the debuff where you can't jump), this will make the other team not be able to hit anything or jump out of danger, If you don't kill anything then no pots will come out, therefore everyone will die. They might have cure-all's on the other side but, that's why you get your debuffer to spam the spell every few seconds. Also if any theives try to do dark sight, the chrono's will attack them, so GG, basically a perfect killer strat.


How to stop Effects

To stop monster effects, simply go and atttack the pillars until they fall down. There is no way of knowing which controls which effect, so go for one as soon as it appears.

To win, you have to have more Total Points Gained than the other team by the end of 10 minutes. In those 10 minutes, i have gained anywhere from 3% to 8-9%, and i havent even had the winning bonus yet. With a good pt i have gained almost 20% a PQ. Thats 20% every 10 minutes.

Note that this is not my guide, and that I took it from AiJMS forums. This guide was written by azzybish. Of course, this guide is for the Japanese version of MS, but probably works just as well for GMS.

Even though you did just copy and paste, you beat me to it. =(

BTW I'm doing this PQ right now on my Level 49 Cleric. Since I get Rank A almost all the time, I get about 35% an hour. And probably the biggest positive for me, is that it is actually FUN. Once I'm too high leveled for it, I will probably make a sin to do it again. ;D 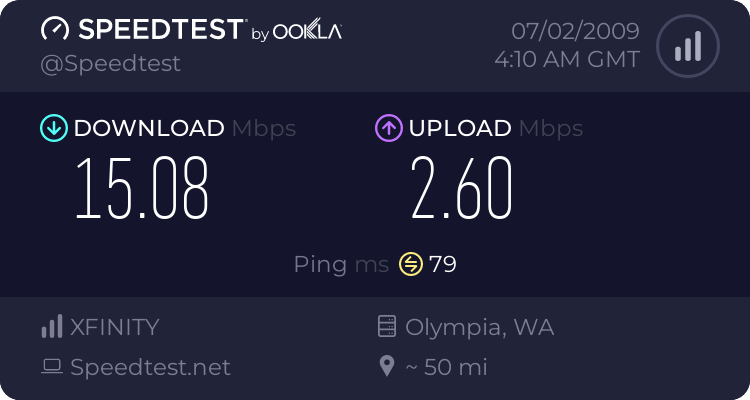 Here's a little bit of free info to add to this guide...

I'm unsure of that, but i'm sure that people will look forward to this little tidbit of info =D

Anyways, good guide overall, =P and yes it works perfectly for GMS, however
you should edit the japanese words ;D

Kradia:
Level 20 Rogue (Pretty active, playing with a friend of mine) Rognotes
I wish my Scania characters could transfer here >.<

I'm unsure of that, but i'm sure that people will look forward to this little tidbit of info =D
Oh, dude, thanks for that. I thought that it was whoever killed the most would get Rank A, the other would get Rank B, Rank C, etc. Now I don't have to worry about other high levels stealing my kills in the PQ.

Also, what do those little red things that you have to hit do?

Those are Gem staffs, they act as the protectors (stat boosts to the monsters), as long as they stay up the monsters on the opponents side are stronger... so basically destroy the
other team's gems and try to protect your colored gems =D

Kradia:
Level 20 Rogue (Pretty active, playing with a friend of mine) Rognotes
I wish my Scania characters could transfer here >.<

one nooby question: is the color of the star or maple leaf in the "your point's" place on the ss the team that your on. i never know what pillar to attack, cause i have barely know what team i am on half of the time

The team that you're on shows as the first thing below "Your Points" and on where your guild name usually resides. "Your Points" is only there to show how much CP you have collected in total and how much you have stored.

or die alot if they have no warriors on their team to kill em quick, i did that yesterday and all i heard was the sounds of the other team dying

I DONT WANT UR FREEDOM

This is better for beginner parties, like around lv 35 to 40, since Rombots can take a while to kill.\

Also, save points till the 5 min mark, then after 5 mins, unleash all the hell you can to the opposing team.

QUOTE(pigreaper @ Mar 25 2008, 06:04 AM) <{POST_SNAPBACK}>
one nooby question: is the color of the star or maple leaf in the "your point's" place on the ss the team that your on. i never know what pillar to attack, cause i have barely know what team i am on half of the time

Back to Quest Guides